Just what goes into making an elite athlete? What separates the average weekend warrior from the best players in a sport?

Many believe it primarily comes down to genes; that the top athletes are the lucky chosen ones, destined from birth to become legendary performers. But that does a grave disservice to many of the world”s top athletes, who in fact have displayed an incredible work ethic, and live, sleep, and breathe their chosen sport.

While genes certainly play a factor, even men and women blessed with a naturally athletic physique, great reflexes, and superb hand-eye coordination go well above and beyond reliance on their natural talent or skill. Below are the primary ways in which they do so. 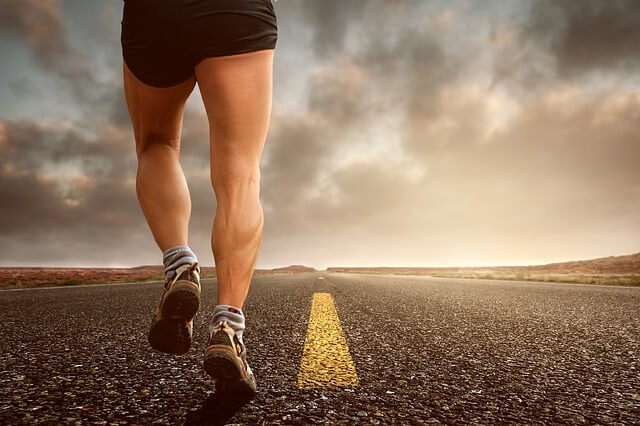 In all facets of their lives, professional athletes think only of their success on the field, and they make the sacrifices that are necessary to achieve it. That means eating right, sleeping well, and devoting the majority of their free time to their chosen sport.

It also involves holding an almost a single-minded goal: to be the best athlete they can be. It”s not a life many people or even most people can maintain, but those who can are rewarded for their discipline.

“Practice! We talkin” about practice!” While Allen Iverson may not have been a huge fan of practice, at least not in that legendary press conference, all elite athletes put tremendous amounts of time into pursuing their skills so it becomes second nature when it comes time to showcase them on the field or indoor court.

In his book Outliers, Malcolm Gladwell states that human beings need to devote 10,000 hours of practice to whatever it is they wish to master. He illustrates how it applies to sports as well as many other walks of life by noting the disproportionate number of elite Canadian hockey players born earlier in the school year.

Gladwell theorizes that players born earlier in the year end up playing with slightly younger players throughout their Canadian junior hockey careers, because players are grouped by birth year. As such, the older and larger players are favored by their coaches for being slightly more developmentally mature; they receive more practice time and attention, which snowballs as they continue through the ranks.

All great athletes have a fire burning inside them to be the very best at their sport — a drive that separates them from most other people. Many of us have a passion or a desire to be good at a sport, but not the drive necessary to become great at it.

That drive can only come from within. It”s not something that can be taught or instilled — not from parents, friends, a coach, or anyone else.

Setting goals is an important factor in maintaining motivation and drive. It fuels a person”s continued desire for growth, and it”s something many people don”t do.

Top athletes almost always have both short- and long-term goals, which give them something tangible to drive them on when they might otherwise want to take it easy.

When all the above traits and behaviors come together, they can create tremendous athletes who are bound to stuff their trophy cases with numerous trophies and awards and go down in history among the greatest ever to play their sport.

About Author
Jimmy is Tech blogger. He contributes to the Blogging, Gadgets, Social Media and Tech News section on TechnoIndian.

This Is a Great Time for Home Buyers

5 Apps You Need Before Traveling Abroad

2018 GMC Yukon: The SUV that stands for its Name